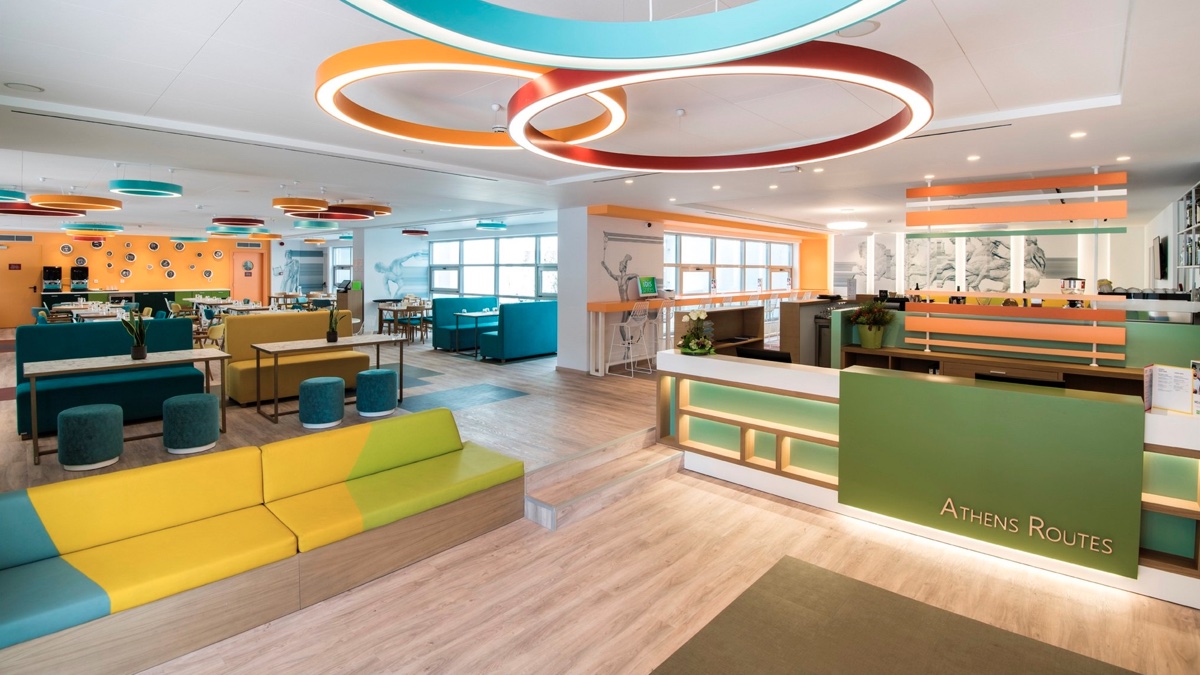 The new Ibis Styles Athens Routes hotel of the reputable french franchise ACCOR is housed in a 6-storey bioclimatic building of 5,800 m2, on Vouliagmenis Avenue. Apart from 89 modern rooms, there is also a conference room, a gym, an underground parking space and a roof top bar with a view of the Acropolis, Mount Lycabettus and Argosaronikos at the 4-star hotel. The hotel’s facilities are very impressive, having been designed following a modern approach in the fields of energy management and high-standard leisure conditions for its clients.

The challenge we faced was supplying a BMS system which would take over the overall management and integration of all the systems (Fire, VRV, etc.), which are numerous and demanding in such a contemporary building. At the same time, the BMS had to take over the function of the electrical and mechanical building installations and ensure it in the most resource-efficient way, as today’s need for energy saving dictates.

The system chosen to undertake this difficult task is HONEYWELL’s ARENA EAGLEHAWK INTEGRATED SYSTEM, which is fully manufactured in Germany and its function is based on the latest technology building automation protocol called BacNet. 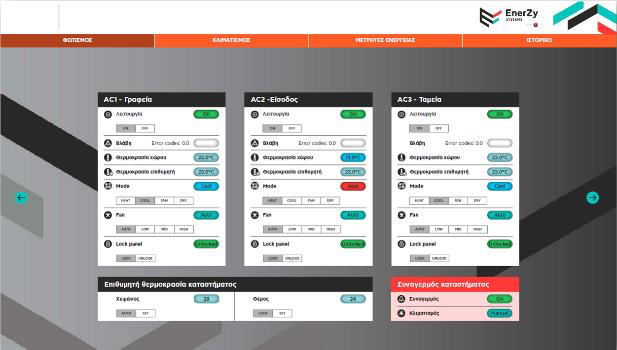 ARENA is a state-of-the-art SCADA software which is based on the Niagara Framework, which has come to replace the use of an SQL database, resulting in quicker and more efficient management of large volume of data. It is also a web-based application, which means it is easily accessible via a network or even a smartphone device. Its main characteristic and advantage is the integration capacity of many open protocols like Modbus, LON, M-bus, KNX, etc., as well as many proprietary protocols, through the cooperation of Niagara with numerous 3rd party manufacturers (DAIKIN, Carrier, Notifier, Mitsubishi, etc.). The software complements the new Energy Analytics platform, which receives data straight from ARENA and takes over the difficult task of analyzing the energy using KPIs and Normalization, as well as Reporting. 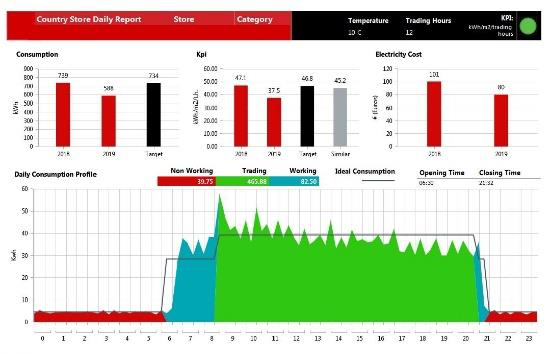 EAGLEHAWK is the last generation controller from Honeywell, which has a management capacity of 600 Software or Hardware signals, thanks to its powerful processor. It can read and at the same time immediately manage all the well-known open building automation protocols without using gateways, offering stable and fast communication. EAGLEHAWK is freely programmable and can be freely expanded by means of natural IO signals, using an expansion card (CLIOP), and offers the possibility to read any sensing device on the market. Finally, in the case of lost connection with the main software, it continues to operate and send email updates as a stand alone, and it is accessible via the integrated web server.

The installation of this system resulted in the creation of a central control station that can manage and monitor all of the installations from a single place, while minimizing maintenance and building operation costs. Meanwhile, via the VRV and air-conditioning (ΚΚΜ, Heat Pump, Boilers) management, the optimum leisure conditions are achieved at all the different locations, with the maximum energy savings. At the same time, the integration of the systems enables the interaction between them. Finally, with the help of the energy software, the unwanted consumption is controlled and conclusions are drawn in order to optimize the overall operation of the building.