Our Company supplied, installed and commissioned Fire Detection, Access Control and CCTV Systems, at the expansion and renovation of the Heraklion Airport “N.Kazantzakis”.

Heraklion Airport “N.Kazantzakis” has been transformed, responding to its character as the main entry gateway to eastern Crete. It is now a much more functional airport, with a larger internal floor area by approx.3.000m2 and with many more gates than previously.

The project consisted of the full renovation of the terminal building, with new duty free shops, restaurants, new VIP, CIP lounges etc. A new departure area of 3.000m2 was created whilst the remaining 8.000m2 of the existing space was renovated, creating 11 gates with individual lifts (9 at ground floor level and 2 at first floor). Furthermore, two lounge rooms were created in the extra-Schengen area and two in the intra-Schengen area. The shops inside the terminal building occupy an area of approx 2.200m2, with new duty free shops now in place.

The timeplan for the renovation, which started at early October 2017, was for it to be completed towards the end of March-beginning of April 2018, i.e. in the record time of 165 days. This very big project was implemented in a period of just 5 months, whilst the airport was in operation, and was successfully completed, forming a model example.

Our Company supplied and commissioned 3 addressable Fire detection control panels (of INIM) with over 500 detectors and monitoring devices (buttons, input modules) as well as a total of 6 security cameras (of HIKVISION) with 5 DVR. Also, it supplied 25 card readers of HID, installed at the gates and at critical access points to the airport area. 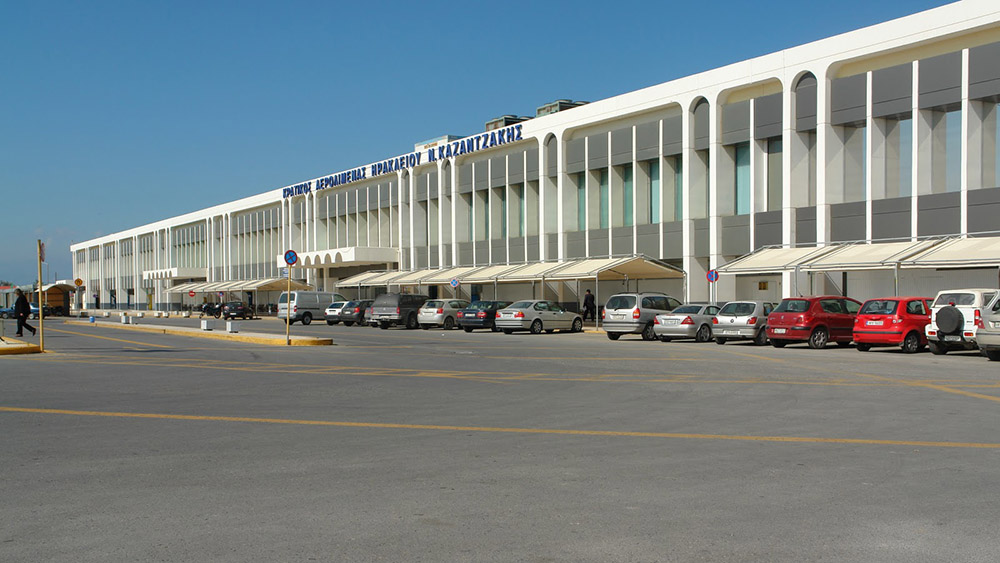